Harrison’s Day at The Lane – Randox Act of Kindness. 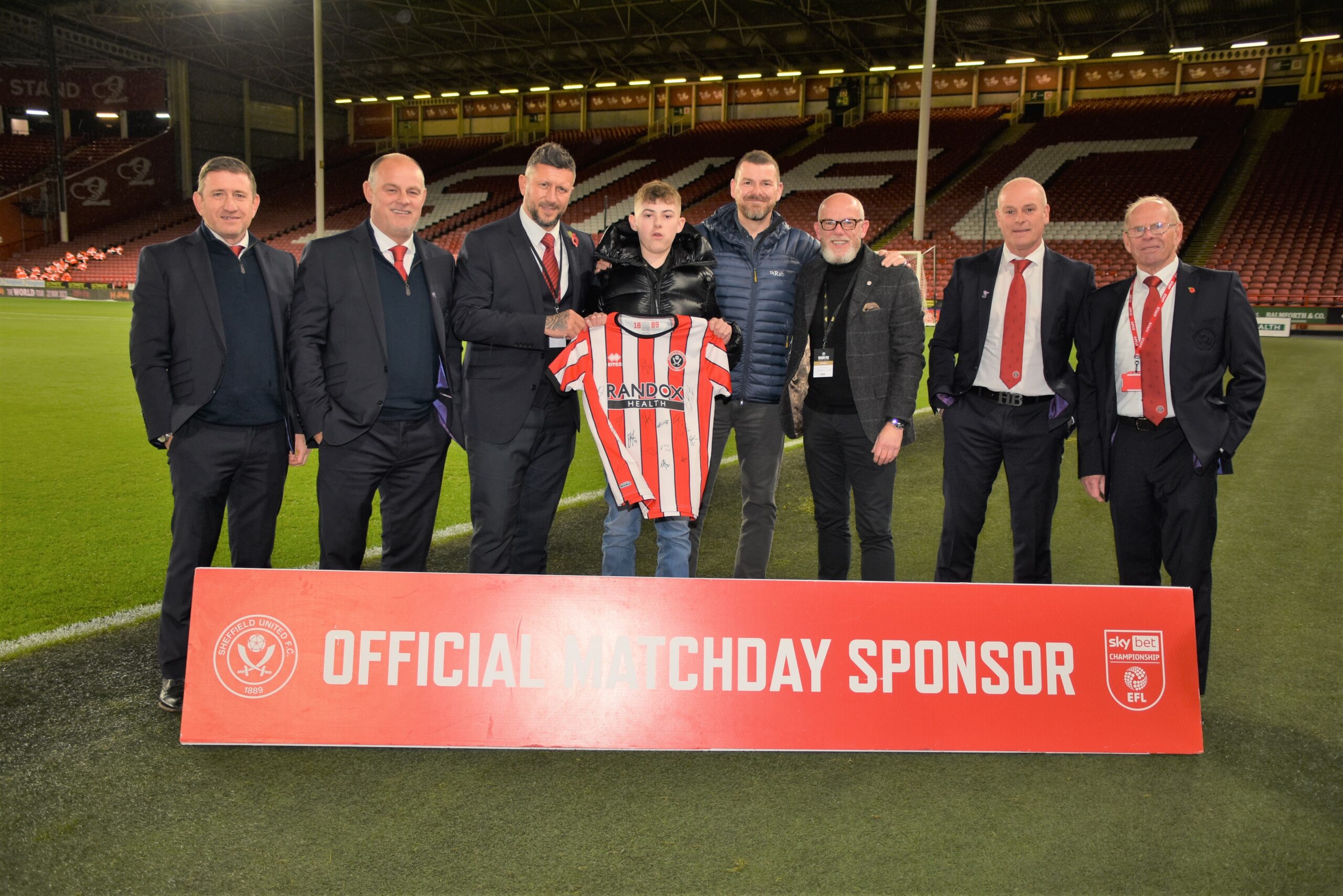 2 years into our principle partnership with Sheffield United, we’ve loved  becoming supporters of the club ourselves, but also support The Blades who are watching from the sidelines or on TV week-in, week-out.

That’s why we were delighted to help Harrison, a young Sheffield United fan have an 18th birthday party to remember. Harrison’s story is nothing short of incredible. In April 2019, he was diagnosed with AML (acute myeloid leukaemia) affecting one in 200 UK men in their lifetime. He was quickly diagnosed once his mother identified sudden bruising that appeared on his leg and noticed he had become extremely fatigued recently and took him to get it checked.

Since 2 weeks before his diagnosis, Harrison had to give up many of his favourite hobbies such as playing right back for Aston Swallownest Blues under 15s football team. However, from the amazing support from his family, Harrison was able to receive a bone marrow transplant from an anonymous German donor in August to prevent leukaemia cells from reappearing and successfully grow Harrison a new immune system.

The cancer however re-appeared 9 months later in October 2020. But once more through the overwhelming support from his community and family, he was amazingly able to have a second transplant from a baby’s umbilical cord. This made up 98% of his Immune system with 2% coming from the anonymous source the year before. Harrison had finally successfully kicked cancer out of his system where now he is on his road to recovery.

We were touched hearing Harrison’s story so when we heard it was his 18th birthday approaching in September, we thought we’d do something special.

Randox Health donated a match-day hospitality box at Bramall Lane to Harrison so that he can have dinner with his family and friends before getting the most immersive experience watching the Bladesmen take on Rotherham in the Yorkshire Derby from the viewing balcony.

We also wanted Harrison to be able to take something home with him to remember the whole experience. So we were also able to donate this season’s home kit signed by the first team blades and the manager!

Harrison’s mum Nickie, kindly contacted us via email  to give her and Harrison’s thanks for helping him have a birthday to remember:

“Harrison has asked me to pass on his thanks and says it meant a lot to him to share the experience with his friends to celebrate his 18th birthday. The lads all really enjoyed the evening and it was just a shame about the score.

Harrison was able to create memories with his friends, something that has been seriously lacking during previous years, due to his cancer treatment.”

Detecting Illness Before It Needs Treated.

Randox Health are world leaders in health diagnostics. We can test up to 22 key health areas in our Full-body health MOT, the Everyman | Everywoman, or through our Genetic Testing programmes, receive instant screening for mutations in 29 genes associated with increased cancer risk via our Core Cancer Panel.